«Since it is a righteous thing with God to repay with tribulation those who trouble you, and to give you who are troubled rest with us when the Lord Jesus is revealed from heaven with His mighty angels» (2 Thessalonians 1:6, 7). 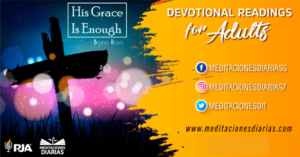 Paul asserts that God is just because He knows the facts and motivations. That’s why he says He can pay, that is, return in reciprocity, pay with the same currency. Payment to the unbelievers is with tribulation, flame of fire, suffering, and eternal doom. Retribution to persecutors and disbelievers is contrasted with reward for the persecuted and the believers. Some will receive what they caused, others what they longed for. Eternal relief and rest will begin at the second advent of Christ.

On May 31, 1970, a 7.9-magnitude earthquake on the Richter scale occurred in central northern Peru, with the epicenter in the province of Yungay. Huascarán is the highest mountain in the country at 6,678 meters high and the highest tropical mountain in the world. It is part of the so-called white mountain range considered a world heritage site.

Because of the effect of the tremendous seismic movement a significant portion detached from the Huascarán, forming an avalanche of snow and rocks that reached a speed of 125 miles per hour. It dragged everything in its path, jumping over small hills and burying the entire city of Yungay at a depth of 260 feet. Today an inscription greets visitors at the place, that says: «Yungay, a buried city.» Only about three hundred survived, including members of an Adventist church who had traveled to a neighboring city to do community work.

In 1962, two American scientists, David Bernays and Charles Sawyer, had reported the existence of a huge vertical block of rock, the base of which was being undermined by a glacier. No doubt this could cause (and indeed did) a landslide. However, they were ordered to retract, under threat of imprisonment. The scientists fled the country.

Both promises and warnings are conditional. If we discard or silence the warnings of prophets and apostles and reject Christ as our Counsel, tomorrow we will face Him as our Judge.

He loves the sinner, but He hates sin.

Our Divine Physician will one day remove the cancer of sin forever. We still have time to accept the Lord’s mercy today.