THEY DON’T SEE THE GOOD IN THEMSELVES

«Then Moses said to the Lord: O my Lord, I am not eloquent, neither before nor since You have spoken to Your servant; but I am slow of speech and slow of tongue» (Exodus 4: 10). 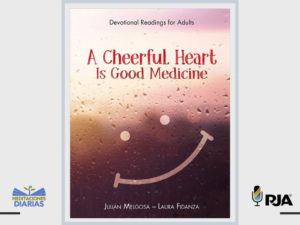 Artie Knapp is the author of children’s stories with moral lessons. In his book Stuttering Stan, he tells the story of some forest animals, where Stan is a Stuttering squirrel and the other animals mock him for having trouble expressing his ideas. This causes him a lot of shame and low self-esteem. One day, while he was alone and discouraged, another young squirrel, Shelby, asked him why he was so sad and Stan explained to her the cause of his suffering. His little friend did not tease him, nor judge him—quite the opposite. She assured him that the important thing was what he had to say. If he had something important or valuable to say, it didn’t matter whether he stuttered or not, his message would be powerful.

While talking to Shelby, Stan unburdened himself, voicing all his frustration and struggle. After his «therapy session,» Stan felt much better. A little while later, Stan found himself in a brawl where many animals, the selfish raccoon included, were fighting for food. Tie raccoon started mocking the others for being small and fragile, and threatened to take away all the available food. Stan stood up and admonished him for his selfishness, assuring them that it was much better if they shared the food evenly than to use force. Eventually, the little animals applauded Stan’s intervention and they shared the food equally.

We often meet people with great qualities who cannot see the good in themselves. Today’s text exposes an insecure and fearful Moses who claims to be of a slow tongue. Some Bible commentators say that Moses probably stuttered or suffered from a speech disorder. However, his attitude could easily be an excuse because «Moses was learned in all the wisdom of the Egyptians, and was mighty in words and deeds» (Acts 7:22). God confronts him with a more compelling argument: «Who has made man’s mouth? Or who make the mute, the deaf, the seeing, or the blind?» (v. 11).

When you are dealing with personal doubts regarding your qualities or skills, go to the One who can create and transform everything, and observe the options that will come up in your life. Even individuals as skilled as Moses also experience self-dough but the Lord always finds a solution when place ourselves in His hands.