“A merry heart does good, like medicine but a broken spirit dries the bones” Proverbs 17:22 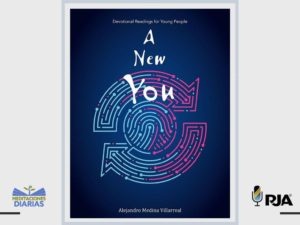 Illnesses never let anyone know when they’re going to strike a person’s life. Obviously, no one expects them or wants them. They appear quickly and without warning. That´s what happened to King Hezekiah, one of the great monarchs in the Hebrew history. His leadership had managed to strengthen people’s faith in the true God. In addition, along with his subjects, he had gone through the difficult trial of enduring the Assyrian army´s threat. God had done wonders throughout his life. But now he was sick.

Given the seriousness of the king’s illness, the prophet Isaiah went before him to inform him that his time to die had come. He was to organize his life the best way possible before being laid to rest. The news made the sovereign crumble emotionally. He wasn’t expecting death. He thought he could still live a while longer in this world. So he wept bitterly before the heavenly Father and begged Him to restore his health. The loving God was moved upon seeing the extremely inconsolable king; through Isaiah He told the king He would grant him fifteen more years of life. As proof, he made the sun’s shadow go back ten degrees in the clock. The king was happy.

Not everyone reacts well when God blesses them in health matters. Despite God’s powerful hand shown in their lives, their response is not always what’s expected. It seems they very quickly forget the promises they made while on their deathbed. And that’s what happened with Hezekiah. The Bible says that as soon as he was strong and healthy, he was filled with pride. That’s how one day he received Babylonian ambassadors who wished to know the reasons for the King’s healing in more detail. Why had the sun’s shadow gone back ten degrees in the clock? The answer to be expected was that it was a sign of the healing power of Israel’s God. However, the king arrogantly showed them his treasures.

The way you face illnesses shows what’s inside you. The most important thing is not the body, but rather character. All diseases are temporary. One day they will disappear. The only thing that will remain is our character.

Today, pray the Lord will help you have the right attitude when given His blessings.