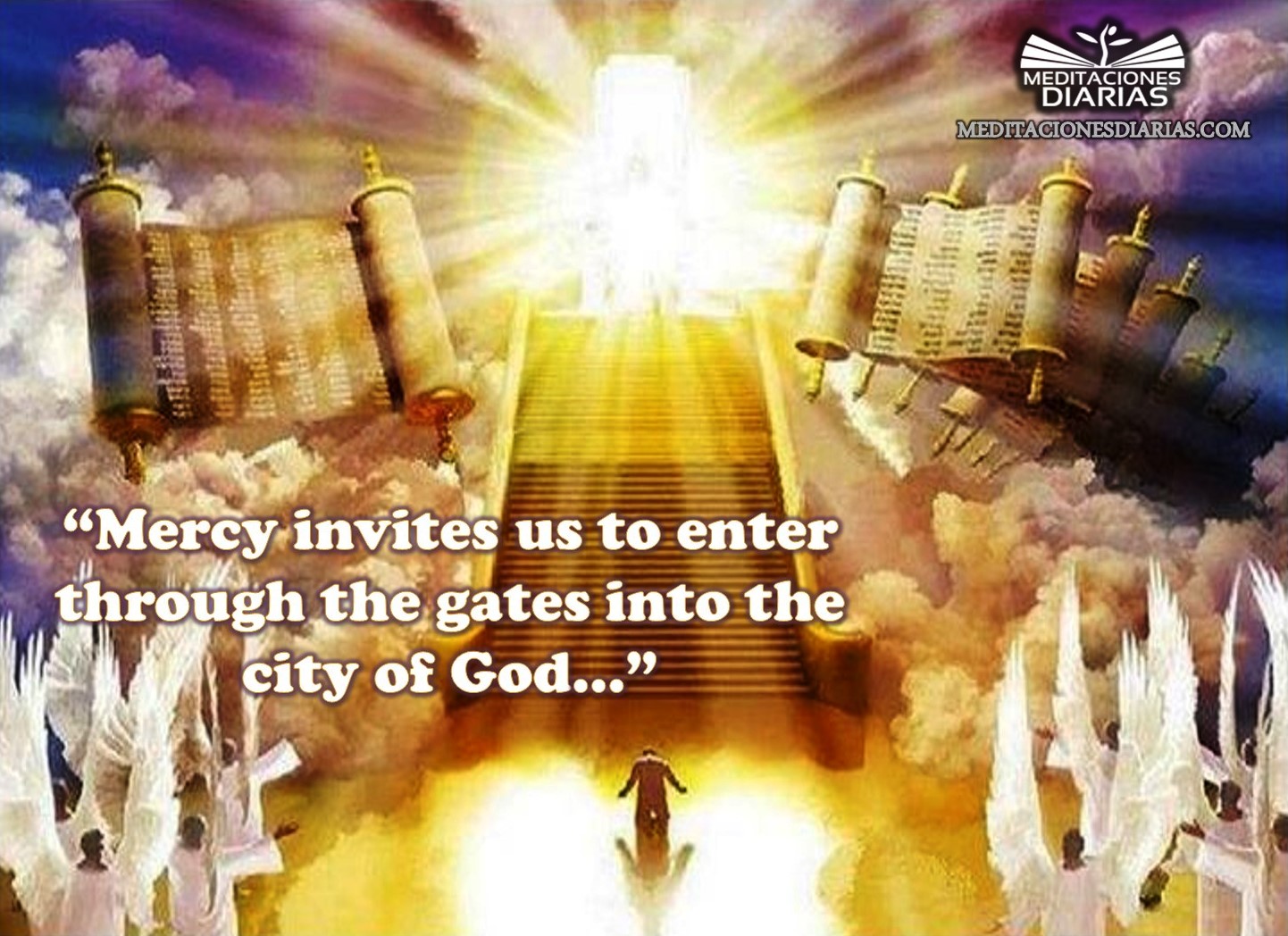 Behold, a throne was set in heaven, and one sat on the throne. And he that sat was to look upon like a jasper and a sardine stone: and there was a rainbow round about the throne, in sight like unto an emerald. Revelation 4:2, 3.

In the rainbow above the throne is an everlasting testimony that “God so loved the world, that he gave his only begotten Son, that whosoever believeth in him should not perish, but have everlasting life.” …

As the bow in the cloud is formed by the union of the sunlight and the shower, so the rainbow encircling the throne represents the combined power of mercy and justice. It is not justice alone that is to be maintained; for this would eclipse the glory of the rainbow of promise above the throne; men could see only the penalty of the law. Were there no justice, no penalty, there would be no stability to the government of God. It is the mingling of judgment and mercy that makes salvation complete….

Mercy invites us to enter through the gates into the city of God, and justice is satisfied to accord to every obedient soul full privileges as a member of the royal family, a child of the heavenly King. If we were defective in character, we could not pass the gates that mercy has opened to the obedient; for justice stands at the entrance, and demands holiness in all who would see God.

Were justice extinct, and were it possible for divine mercy to open the gates to the whole race, irrespective of character, there would be a worse condition of disaffection and rebellion in heaven than before Satan was expelled. The peace, happiness, and harmony of heaven would be broken. The change from earth to heaven will not change men’s character; the happiness of the redeemed in heaven results from the character formed in this life after the image of Christ. The saints in heaven will first have been saints on earth.

The salvation that Christ made such a sacrifice to gain for man is that which is alone of value; for it is that which saves from sin…. Thus the law of God is not weakened by the gospel, but the power of sin is broken, and the scepter of mercy is extended to the penitent sinner…. God will never forget His people in their struggle against evil. Let Jesus be our theme.